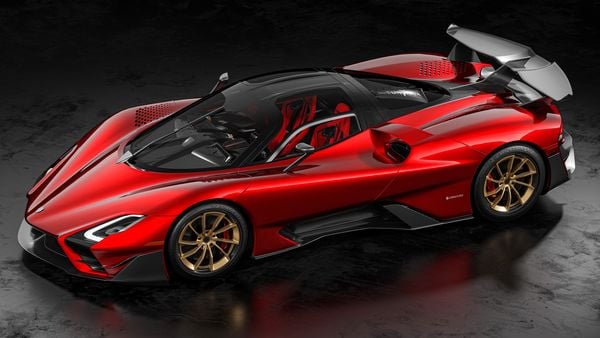 The SSC Tuatara currently holds the record for being the fastest production car in the world, but it doesn’t really claim to keep any records – there are now two more model variations of the ultimate car that hold your stature, make it even more powerful. SSC North America recently announced that the Tuatara – Tuatara Striker and Tuatara Aggressor. With a clear and unequivocal emphasis on track handling and high downforce capabilities, both variants seek to enhance existing performance capabilities while adapting additional aerodynamic characteristics.

The Tuatara Striker is clearly inspired by fighter jets, and its downforce has been increased three times using a high downforce fixed wing, active rear wing, vertical stabilizer and increased diffuser at the rear. Other updates like directional fin side scales, large front splitter and integrated front dive planes balance downforce. Under the hood sits the same powerful SSC Twin-Turbo V8 engine that can be found in the Tuatara base line. This means a maximum power of 1,750 hp.

But if there’s an even greater need for speed, it’s the aggressor Tuatara who really needs to be watched. There is an option to upgrade the monstrous SSC Twin-Turbo V8 engine to a maximum output of 2200 hp. Designed exclusively for the track, and naturally, this hypercar receives several other updates that are not on the legal versions of Tuatara.

Of course, carbon fiber has been used extensively – both inside and out, while on the Aggressor the exhaust sound can also be tuned and adjusted in a way that cannot not be on the other two models. Unfortunately, SSC does not offer any further explanation on this particular aspect.