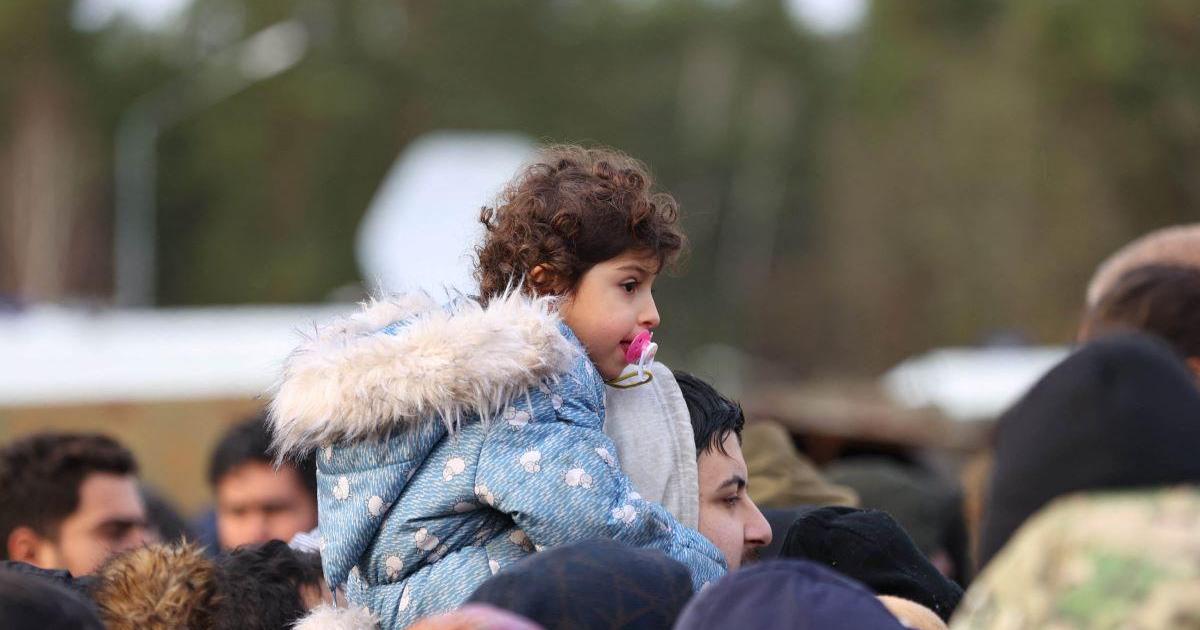 Violence against refugees, internally displaced persons and stateless women and girls is a deep-rooted phenomenon that has steadily worsened in recent years.

According to data provided by UNHCR, one in five migrant women has been the victim of sexual violence, not to mention all the other women who have suffered torture and inhuman treatment.

While being a woman is complicated all over the world, living in some countries or being forced to give up everything and seek salvation in another country further exacerbates the conditions to which women and girls are exposed.

My thoughts are with Afghanistan, where hundreds of women are kidnapped and killed with unprecedented violence, especially if they are activists, have important roles or are engaged in the protection and promotion of human rights.

One hundred days after the Taliban took power, women seem to have been completely abandoned and nine million people are starving for lack of food and medicine.

The number of malnourished children continues to increase day by day, at least 3.5 million children suffering from severe malnutrition, a number destined to increase dramatically in the coming months. In desperation, some parents are forced to sell one of their children in order to allow other family members to survive.

The situation of displaced and migrant women and children is also desperate in Europe. In the arm of the sea that separates France from the United Kingdom, at least 30 people have lost their lives in a sinking boat, including five women and a young girl.

These are scenes that we cannot continue to witness without concrete action.

Many women and children find themselves stranded on the border between Poland and Belarus. A few days ago, in the rugged forest where he had been with his parents for almost two months, a one-year-old Syrian child lost his life. The cold and the absence of food and water for weeks were fatal for children and adults who did not cross the border.

While Belarus is a key political player in the development of the crisis, what is even more unacceptable is the non-respect by Poland and the EU institutions of human rights treaties. They infringe them by illegal refoulements of persons entitled to international protection at the borders of the European Union.

Belarus’ route to Europe is nothing new– Regina Catrambone

In addition to not guaranteeing basic living conditions and prohibiting access to NGOs and associations, Poland uses force and violence against migrants by arresting those who cross the barrier, by separating some families and by using water cannons, stun grenades and tear gas to disperse thousands of people. of migrants.

Belarus’ route to Europe is not new. People fleeing Iraq, Syria, Afghanistan, Yemen, Congo and Cameroon have arrived on direct charter flights from Baghdad to Minsk. After flights were suspended last August due to pressure from the EU, arrivals continued via alternative flights from Dubai, Damascus and Amman or via entries from Ukraine and Turkey.

When the Polish authorities closed the crossing with Belarus, hundreds of migrants found themselves stranded, victims of an inhuman and silent war started by Minsk and exploited by Warsaw. The Polish authorities then announced the construction of a border wall which will be completed by the middle of next year.

“Stop sacrificing the lives of migrants in political conflict” was the sincere appeal launched by the United Nations. But, in the meantime, the European Parliament and European Commission Vice-President Margaritis Schinas have explained that no plan is in place to accept and consider protection requests from migrants in the region.

There have been attempts to initiate a dialogue between the parties, the most recent having occurred on 22 November between Italian Prime Minister Mario Draghi (on behalf of the EU) and Russian President Vladimir Putin, in which they both called on the Belarusian government to end this intolerable situation. .

However, Belarus continues to use the migration issue to destabilize the EU, and the Russian president accuses the EU of interrupting the dialogue on readmissions between Minsk and Brussels.

Meanwhile, the number of walls and fences continues to grow and governments cultivate the illusion of national security at the expense of the most vulnerable.

Children, women and men continue to suffer and die along the borders of Europe, on land and at sea, and on all borders of the world. Indifference seems to be the only response that politics and civil society are able to give.

My most sincere appeal goes to all supranational, national and local authorities so that the rights of migrants and, in particular, the rights of displaced women and girls, are guaranteed because it is not acceptable that they are forced to endure all the indifference and inhumanity of the world.

Independent journalism costs money. Times of Malta support for the price of a coffee.