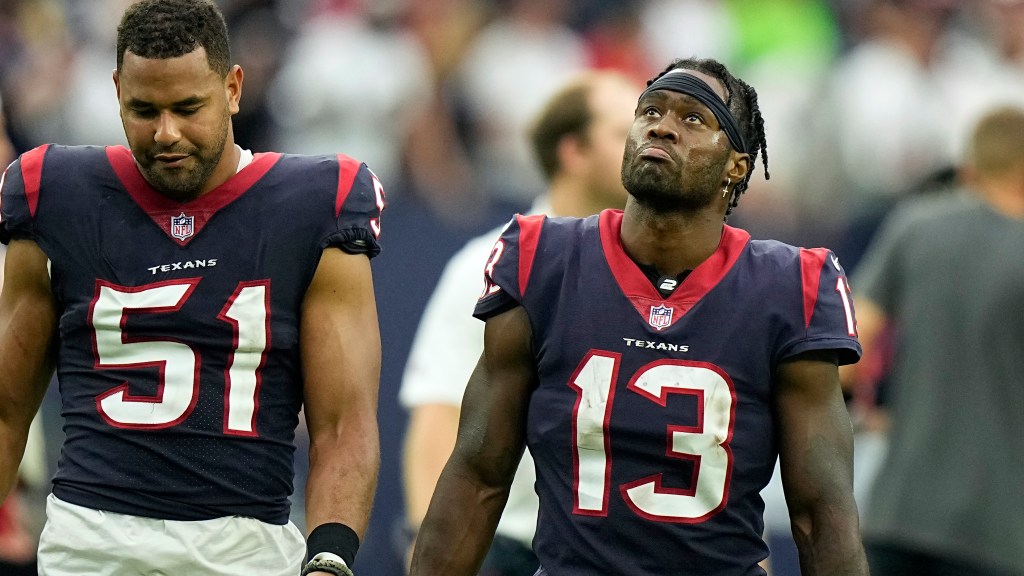 Houston Texans wide receiver Brandin Cooks is quietly preparing for another 1,000-yard season, and the addition of a 17th NFL game is unimportant to reach that threshold.

Cooks generated 59 passes for 659 yards and two touchdowns in 10 games. While the former 2014 New Orleans Saints first-round pick can easily reach that mark in the next six games, the past three games suggest his production is down. Cooks has received 18, 56, and 83 receiving yards in the last three games.

According to offensive coordinator Tim Kelly, Cooks’ lack of production is not a cause for concern or an indictment of his play. Rather, game plans have evolved in different directions and across cooks.

â€œI think there was a lot going on, the weather being probably a big factor,â€ Kelly said. “The way the game was going made us want to make sure that we were in control of the ball and not exposing the football. So I think there were a number of different factors, nothing that nobody did. was doing to remove it, or nothing he does.

In the last two games, quarterback Tyrod Taylor has been back under center for the Texans. Taylor was horrible on his Week 9 comeback as he threw three interceptions, and the Week 11 win over the Tennessee Titans was a rainy affair at Nissan Stadium. Houston’s offense was led by Taylor’s rushing ability as he scored two rushing touchdowns in the 22-13 win.

“[Cooks] was open on a few occasions and for some reason couldn’t hand the ball back to him, â€Kelly said.

The 2-8 Texans face the 2-8 New York Jets at noon central time on Sunday at NRG Stadium. In more friendly limits, Cooks should be able to find a few more targets and continue his uptrend into his sixth career 1,000-yard season.