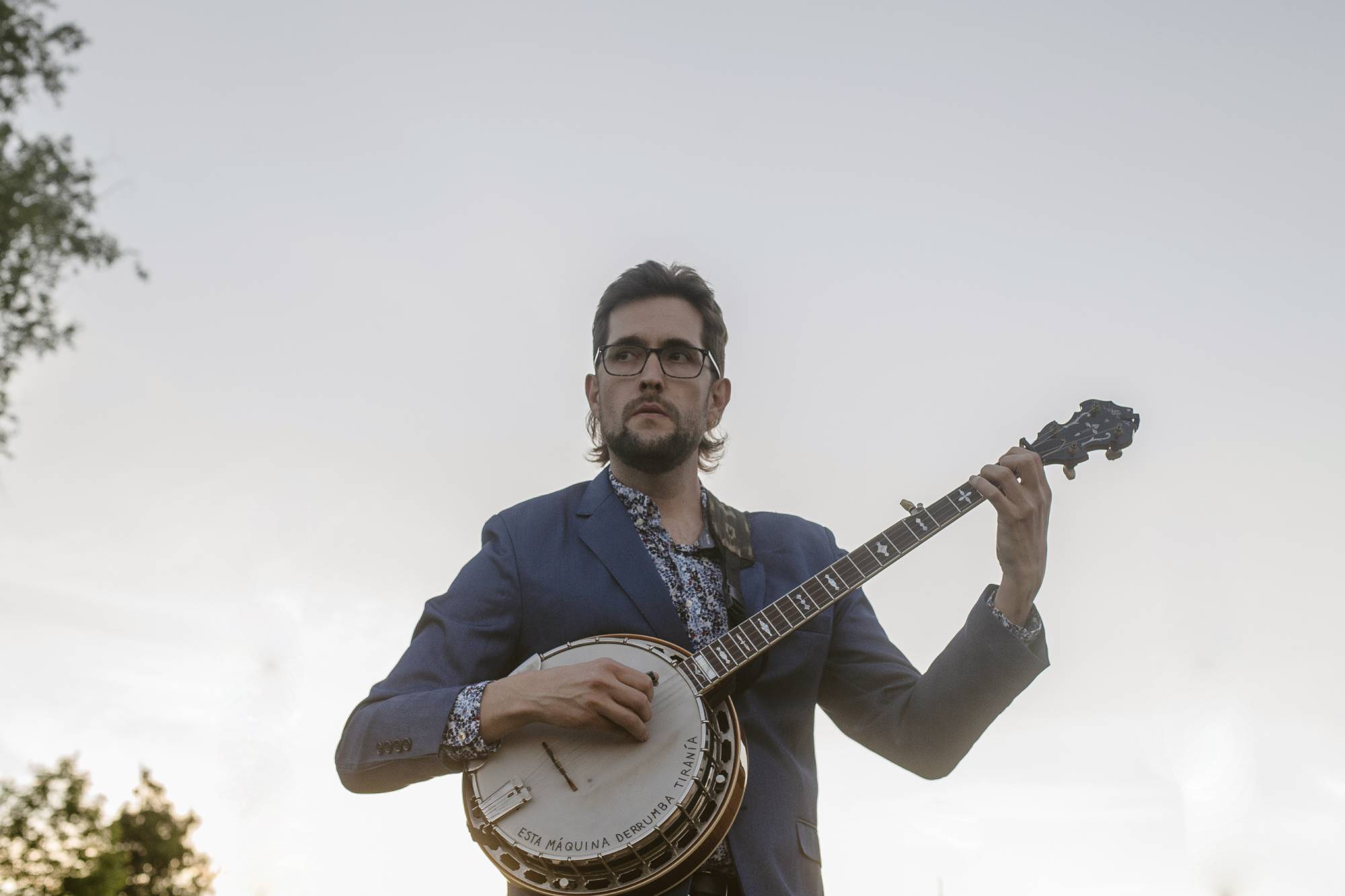 When musician Joe Troop visited the border regions of Arizona with his band Che Apalache in 2019, it was an overwhelming experience. While traveling through the Sonoran Desert with guide Randy J. Mayer from Good Shepherd United Church of Christ, Troop and his comrades stumbled upon a marker for an unknown 16-year-old boy who had died on the treacherous journey. to reach the United States. above the hill of this spot stood a typical American McMansion.

“Big American flags, a daring pool, that iconography that doesn’t work on me,” says Troop. “It’s like a 16-year-old kid has died in that person’s garden. It was intense. It was like, ‘Shit that.’ I took it to heart and started writing a song about it.

Troop’s song “Mercy for Migrants”, which opens today, pleads for empathy and recognition of the incredibly difficult struggles of people fleeing their homes to the United States. The violin and banjo melody, which stars Béla Fleck and Abigail Washburn, appears on Troop’s upcoming solo album Borrowed time, released on August 20.

“The desperate hopes of salvation for you to leave your land / doomed was the migration route, left you to die on the sand,” Troop sings over an undulating violin pattern, before Washburn adds harmonies. “Why aren’t we here for each other?” Mercy is for everyone, ”they sing, imbuing the line with heavy sadness and bewilderment.

“The human struggle is a human struggle, and the idea of ​​having families and children walking through this Sonoran desert,” he says, “when you step foot there it takes on new meaning because you see how terrible that would be. “

The accompanying video was filmed by Rode Díaz and Emily Rhyne and documents Troop’s return journey to the border regions, where he stayed for several weeks at the La Casa de la Divina Misericordia y Todas las Naciones migrant shelter. While there, he heard stories of people seeking asylum because of situations of violence in Mexico and Central America; he also went into the desert to leave water for passing migrants, seeing the many markers for the people who did not survive – a heartbreaking visual that is included in the video. The realities on the other side of the United States are uncertain and unfavorable, but better than what came before.

“The other thing to understand about this situation is that there is rarely good news,” he says. “Even if they enter the states, they enter this pattern of waiting to see if their asylum claims will be granted. They do not receive any allowance. The fight for their human dignity does not end when they cross the border. But nonetheless for them it is a huge accomplishment. It is much better than what the migrant trail led up to this point.

Troop urges people to read and learn more about immigration, a complex issue that involves many types of people crossing the border for different reasons. “It’s been miserably misrepresented in the media in the United States, so people don’t even know what you’re talking about,” he says. “It was simplified by the right-wing media to make it a topic of discussion. “

“They have to have a water filtration system – it’s expensive to have water up there,” he says. “They have to keep the place fireproof. They have to replace the roofs. There is often not enough food. They also have to get non-potable water delivered in order to shower – and the shower is a bucket. Any money donated will help to expand the establishment and give them a little more dignity in their daily lives.