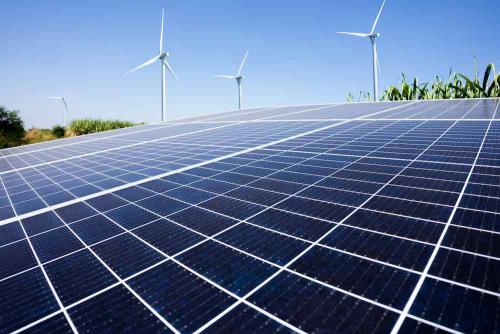 On December 23, 2021, President Biden enacted Law HR 6256, known as the Uyghur Law on the Prevention of Forced Labor. The law seeks to stem the importation of goods manufactured by forced labor from the Xinjiang Uyghur Autonomous Region of the People’s Republic of China (the “Xinjiang Region”) into the United States. The law provides additional enforcement tools to complement already existing protections against the importation of goods produced by forced labor.

Implementation of the law

The law directs a federal task force to develop a strategy to combat the importation of goods mined, produced or manufactured in whole or in part using forced labor in China. This strategy is to be developed over a period of approximately four months and will include the solicitation of public comments and a public hearing. The task force will submit a report outlining its strategy within six months of enactment of the law. The report should also include the following:

The working group will also provide importers of potentially forced labor products with additional guidance on how to identify and trace these products in order to limit their entry into the United States and to assist importers in locating and obtaining products that avoid the use of forced labor in regions or countries of concern. The guidance will include the following:

The provisions of the “rebuttable presumption” Act

With respect to all goods, merchandise, articles and merchandise mined, produced or manufactured in whole or in part in the Xinjiang region or produced by the entities listed in the report to Congress (see (i), (iii), ( (iv) and (v) above), the statute provides that the United States Commissioner of Customs will apply a presumption that such goods are produced in violation of Section 307 of the Tariff Act (covering the prohibition of import goods using forced labor) and are prohibited from entering the United States. The Commissioner will apply this “rebuttable presumption” unless it determines (1) that the importer of record has (A) fully complied with the guidelines described above and any regulations issued to implement those guidelines, and (B) fully and substantially responded to all requests for information submitted by the Commissioner to determine whether the goods were extracted, produced or manufactured in whole or in part with forced labor; and (2) by clear and convincing proof that the good, commodity, article or commodity was not extracted, produced or manufactured in whole or in part by forced labor.

Challenges for the solar industry

The focus of the law on the polysilicon sector will have a substantial impact on the solar photovoltaic (PV) module market in the coming months. Indeed, in anticipation of the passage of the law (and following the addition by the Commerce Department to its list of banned importer entities of several silicon producers based in the Xinjiang region last summer) , many solar PV developers and contractors have already abandoned the purchase of PV modules from manufacturers. with known ties to the Xinjiang region, where a significant amount of crude polysilicon comes from. However, there remains a great deal of uncertainty as to which entities will be on the list to which the “rebuttable presumption” of the law applies – an issue that will undoubtedly be hotly debated given the consequences. Listed entities may have to severely limit their presence in the US market, or even find it impossible to maintain a presence and exit the US altogether.

As the legal challenges facing the solar industry show, there is no “one size fits all” approach to legal compliance programs for managing international trade. The Solar Energy Industries Association has developed its own solar supply chain traceability protocol and encourages its members to sign the Solar Industry Commitment to Environmental and Social Responsibility.

In addition to the purchase of photovoltaic modules in the solar industry, it is likely that other sectors of the renewable energy industry will be affected by the law early in its implementation process: for example, lithium mined in the Xinjiang region and used for battery energy storage the systems may be subject to the same increased control over imports under the law.

We can continue to expect understandable concerns and related policy changes regarding human rights issues across the global trade industry in the years to come. In order to ensure the integrity of the supply chain and mitigate the risks of violating trade regulations and sanction laws, developers and PV contractors should consider implementing robust internal compliance programs that are compliant. the risk-based guidelines of the Office of Foreign Assets Control (OFAC) (the Treasury Department that administers sanctions programs).