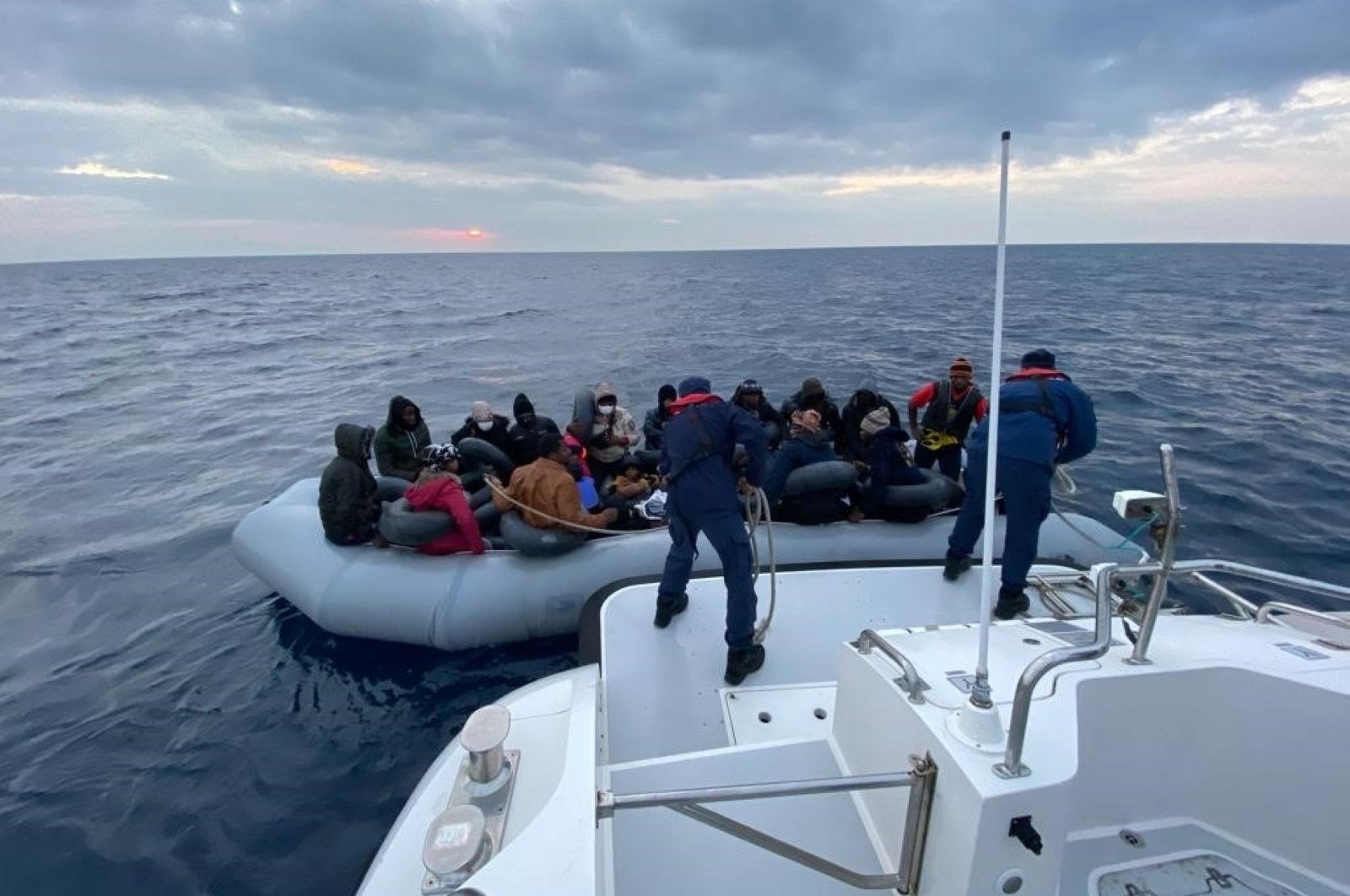 Interior Minister SÃ¼leyman Soylu and Greek Migration Minister Notis Mitarakis met in the capital Ankara on Tuesday as the issue of irregular migration continues to fuel tensions between neighbors.

The two ministers and accompanying delegations met behind closed doors to discuss migration, the fight against terrorism and security issues, the sources added.

The two NATO allies disagree on a number of issues, including competing claims over jurisdiction in the eastern Mediterranean, airspace, energy, the ethnically divided island of Cyprus and the status of the islands of the Aegean Sea.

More recently, Mitarakis claimed that Turkey was not respecting the terms of a pact signed with Brussels in 2016. The Greek minister also said that the Aegean Sea should be cleared of refugee boats and smugglers.

Turkey, meanwhile, has repeatedly condemned Greece’s illegal practice of turning away asylum seekers, saying it violates humanitarian values â€‹â€‹and international law by endangering the lives of vulnerable migrants, including including women and children.

Turkey’s five Aegean provinces – Ã‡anakkale, BalÄ±kesir, Izmir, MuÄŸla and AydÄ±n – are favorite places for refugees leaving Turkey for the European Union, with Greek islands within sight of the Turkish coast.

In recent years, hundreds of thousands of people have made short but perilous journeys across the Aegean Sea in an attempt to reach Northern and Western Europe in search of a better life.

Hundreds of people have died at sea as a number of boats carrying refugees sank or capsized. The Turkish Coast Guard command saved thousands more.

Turkey rescued some 256 asylum seekers on Tuesday who were illegally pushed back into Turkish waters by Greece.

Turkey and Greece have been key transit points for migrants wishing to enter Europe, fleeing war and persecution to start a new life. Turkey has accused Greece of large-scale refoulements and summary deportations without migrants having access to asylum procedures, in violation of international law. He also accuses the EU of turning a blind eye to this blatant human rights violation.

“There seems to be, in (this) case, some sort of orchestration of violence at our external borders, and there seems to be compelling evidence of misuse of (EU) funds,” said Johansson, referring to the fact that the authorities in these countries have received significant financial support from the EU for the management of the external borders.

“This needs to be investigated,” she added.

Refoulements are considered contrary to international refugee protection agreements, which stipulate that people must not be expelled or returned to a country where their life and safety could be in danger because of their race, religion, nationality or affiliation. to a social or political group.