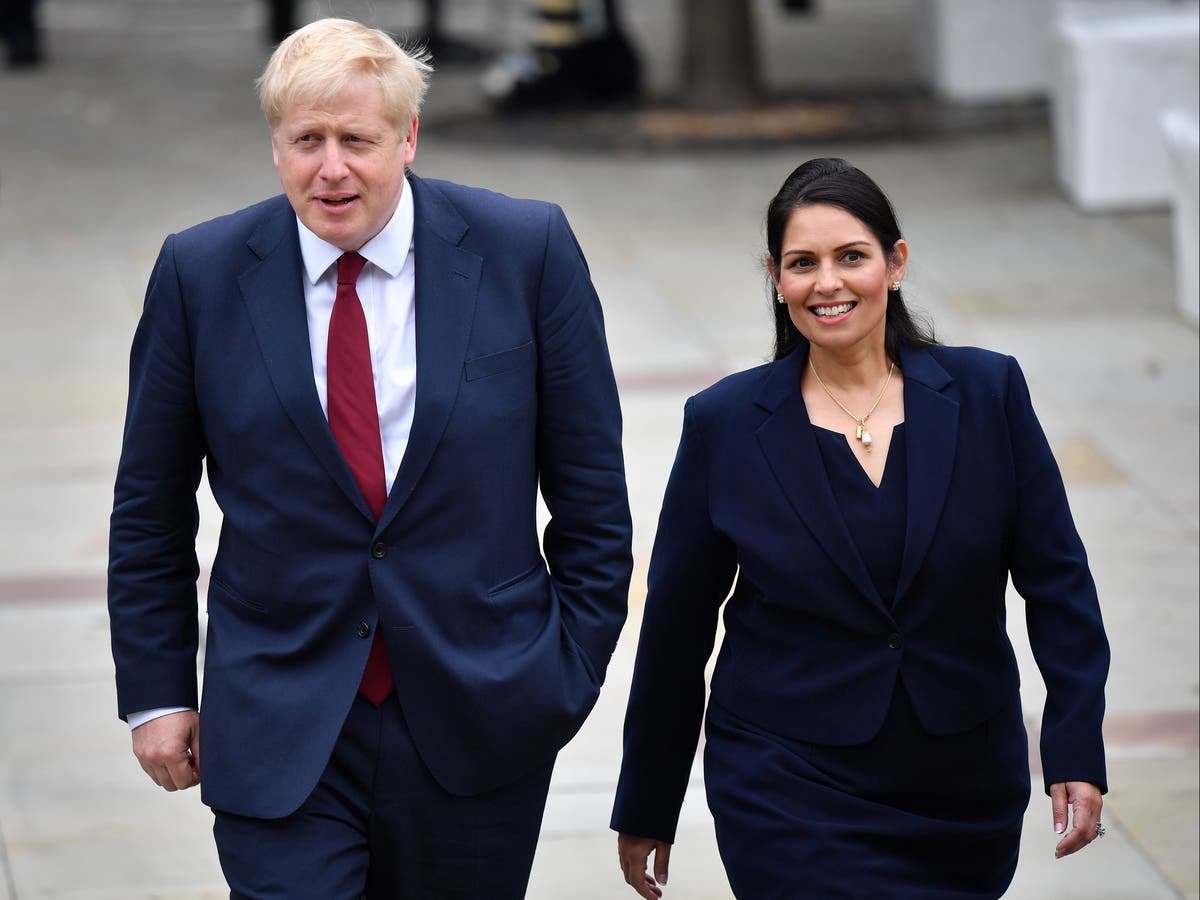 Rwanda was ‘excluded’ from consideration of an asylum deal by the Foreign Office but was put back on the list of potential countries after ‘particular interest’ was shown by Boris Johnson and Priti Patel.

On the first day of a High Court challenge to the deal, which would see the UK forcibly send asylum seekers to Kigali, heard new evidence over repeated internal warnings against the plans.

Documents filed by lawyers representing several people targeted for removal, as well as the PCS union, Detention Action and Care4Calais, showed that Rwanda’s review for a “migration partnership” began in September 2020.

Dominic Raab, then Foreign Secretary, endorsed the criteria under which countries would be excluded if “individuals faced a real risk of breach of international human rights law”.

Rwanda made a long list of 47 countries, but after further investigation by officials, it did not make a list of seven nations recommended as potential partners as of February 2021.

Documents released to claimants by the government show it was instead on a list of “14 countries with substantial problems with asylum and human rights systems and/or political negotiability”.

A formal submission to Mr Raab said: ‘We have looked very carefully at Rwanda, which has already entered into migration partnerships…but has significant human rights concerns.’

He said Rwanda was “accused of recruiting refugees to carry out operations in neighboring countries”, had an “authoritarian security system” and that a previous agreement with Israel had been suspended.

In March 2021, Downing Street’s Policy Unit told the Foreign Office that it wanted information on countries outside of the proposed seven countries, but Rwanda was still not listed.

A submission to the former Foreign Secretary said: “No 10 have asked us to reconsider the viability of [redacted] Rwanda [redacted]. We previously excluded all of these countries for political and/or legal reasons. We see little reason to change this.

A May 2021 Foreign Office document said Downing Street had “continued to show interest” in Rwanda, but officials “continued to advise No 10 against engaging”.

But in June last year the Foreign Office was told the Prime Minister was “frustrated with the pace of progress” on an asylum processing agreement with a foreign country and shared an “interest particular for Rwanda” with Ms Patel and the Minister of Immigration. .

Mr Raab then authorized diplomatic staff in Rwanda to approach the country’s government about a potential deal, which was signed in April despite new internal government warnings about its treatment of refugees.

As the High Court case began on Monday, Ms Patel retweeted a Home Office video showing her praising Rwanda as “an amazing country that has a very, very progressive and developed approach not just to how they treat people, but how they are governed”. “.

Appearing in the footage, the outgoing interior minister said the Rwanda deal was “essential” and would “set new international standards”.

The plaintiff’s legal submissions said the Home Secretary, and the UK government more generally, were “aware of and appear to have had serious concerns about Rwanda’s current and historic human rights record”, and that “concerns have been repeatedly expressed by public officials”.

Addressing the High Court on Monday, Raza Husain QC said Rwanda was an “authoritarian one-party state with extreme levels of surveillance that do not tolerate political opposition”.

“He imprisons, tortures and murders those he considers his opponents,” added the lawyer.

“Those who protest or oppose government directives, including refugees, face police violence and repression.

Incidents cited include a 2018 protest in which several refugees were shot dead by Rwandan police, while other protesters were charged with crimes including “spreading false information with intent to create international opinion hostile to the Rwandan state”.

Rwanda is also accused of violating the Refugee Convention by forcibly returning asylum seekers to countries where they face persecution and allowing “disappearances” of migrants transferred by Israel.

“None of this is the will of Parliament,” Mr Husain told the High Court. “It is a matter of executive policy only and must be rigorously considered on that basis.”

In an official assessment released in May, the British government declared Rwanda a “safe third country” for the purposes of processing asylum claims, but claimants dispute the document’s accuracy.

The High Court heard that a draft version was shared with Rwandan officials before it was released and recommendations and edits from internal government reviewers were ignored.

An official from the Home Office’s National Policy Information Team wrote that he had “tried to improve the tone without resorting to fiction” and that he wanted to restructure the document to “make it more positive”.

But a Foreign Ministry reviewer has recommended numerous changes, saying the assessment should not be a “whitewash” and should not attribute “pretty clear facts” about Rwanda’s human rights record to ” some NGOs.

Arguments written on behalf of the interior minister said asylum claims were considered individually and there was “no risk of harm to any of the individual claimants in Rwanda”.

Lawyers acting for the Home Office told the High Court that following a ‘dramatic increase’ in small boat crossings on the Channel, Ms Patel ‘considers there is a strong public interest in deter such illegal, dangerous and unnecessary travel from safe third countries to the UK by asylum seekers”.

They added: ‘To achieve this, the UK has sought to form a partnership with another third country where asylum seekers, who have made such trips to the UK, could be safely relocated. security.

“This third country had to be safe but without the same attractions for migrants that the UK seems to present. Several countries were considered but Rwanda was the first to be selected.

The hearing, which was to last five days, is continuing.