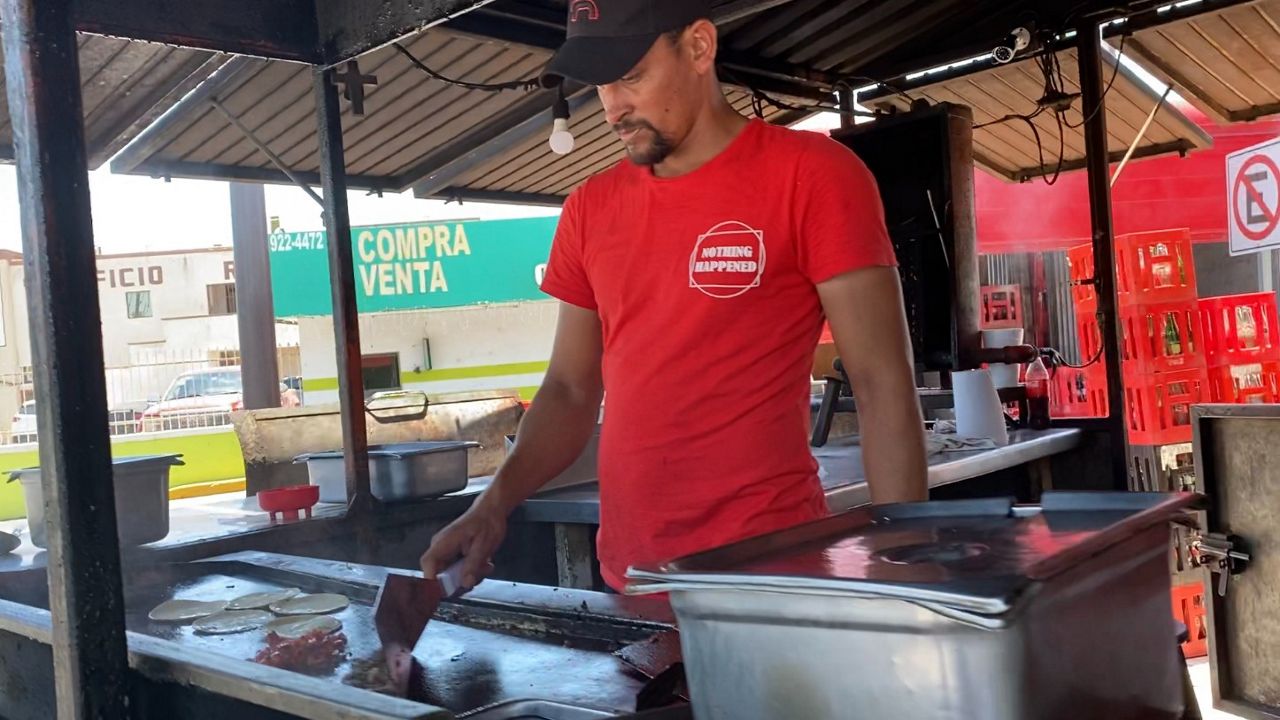 REYNOSA, Mexico – It’s lunchtime at Taqueria La Cuchilla, a restaurant in Reynosa, Mexico that serves traditional Mexican tacos. Silvia Ramirez starts to get busier and has to take care of every detail. She is the manager of the restaurant, but she is also a migrant from Guatemala.

“I was one of the first on the gazebo. There were 75 of us. There was none of that at the time, ”she said, pointing to the place full of tents where the migrants sleep.

The restaurant is located right in front of Plaza de la República. Its owner for 20 years, Julio Cantú, employed seven other migrants for different teams.

“We needed new recruits and they were there. They come to help us on different days. Some of them are staying longer, ”said Cantú, who had just arrived for the daily rush hour.

For Ramirez, this job is like a new start in life, a new opportunity she never expected to find after seeing her first dream of living in the United States with her children shattered.

“As soon as we got through, immigration sent us back here, like everyone else you see here,” Ramirez said.

For Cantú, hiring migrants makes perfect sense because it is easily available help, but it is also a question of humanity and solidarity with them. He said it was a way to help them get back on their feet after one of the most difficult times in many of their lives.

“Look, I have jobs and we give them to them. They come with not a lot of money. They left behind their families and children. They need this person to help them in the right way, ”said the restaurant owner.

The nights in the plaza where you had to take turns watching out for thieves and kidnappers are a thing of the past for Ramirez. She can now rent her own accommodation and is grateful to Cantú for this opportunity.

“It is thanks to him that he gave us this chance. Not everyone will do it for us. I am grateful to God and to him, ”said Ramirez.

Ramirez said many of his colleagues are also keen to do the same and start a new life in Reynosa.