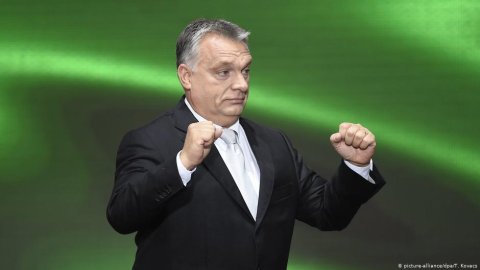 Hungarian Prime Minister Viktor Orban has said he wants a total stop to immigration for two years. The controversial leader also spoke of armies of migrants trying to reach Europe.

The prime minister also said that migration is particularly dangerous in times of the coronavirus pandemic and he therefore proposed that “no immigration be allowed for two years”.

Orban said he believed that “migration is inherently bad” and that people should be happy to be where they were born “according to the will of God.”

The Hungarian leader has often made very provocative statements in the past, including calling migrants “Muslim invaders” and claiming that “all terrorists are fundamentally migrants”.

Orban did not give more details on how a two-year immigration ban would be legally implemented.

In December last year, the European Court of Justice ruled that Hungary’s asylum law was illegal because it offers virtually no access to asylum procedures for protection seekers. In 2015, he had a barbed wire fence built on the country’s border with Serbia and Croatia to prevent migrants from entering Hungary.

According to its national statistics, Hungary was hosting around 194,000 foreigners with legal resident status at the start of 2021, dpa reports. This number includes more than 57,000 EU citizens, around 32,000 Ukrainians, 18,000 Chinese and 35,000 other nationals of Asian countries, according to the news agency.

If Orban’s migration ban were to go into effect, that would mean that all foreign workers, businesses and their families would be affected as well. Given the rules allowing free movement between Member States, however, it would be unlikely to include EU citizens.