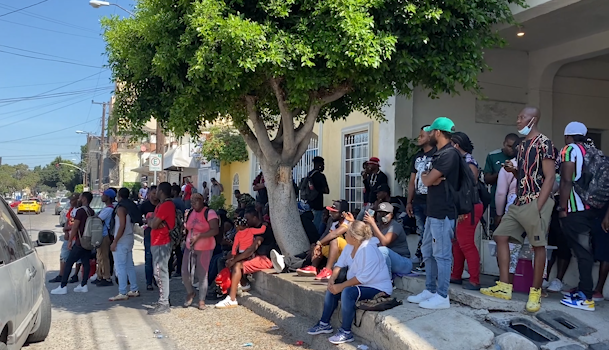 TIJUANA (Border Report) — With “Stay in Mexico” now history, the Office of Migrant Affairs in Tijuana says it cannot say for sure how many asylum seekers have been enrolled in the program and waited for their file in Tijuana.

“That information was never made public, I guess it was around 500,” said Enrique Lucero Vásquez, office manager. “Some came back from the United States, others came on their own after being enrolled in the program.”

Officially known as the Migrant Protection Protocols (MPP) program, “Remain in Mexico” was instituted by the Trump administration and forced migrant asylum seekers to wait on their cases south of the border.

Critics have argued that the MPP has forced migrants to stay in dangerous Mexican border towns like Tijuana, Juarez and Matamoros for months or even years.

A federal judge lifted an order keeping the policy in place since December, and the Department of Homeland Security said Monday it ended a Trump-era policy.

With ‘Stay in Mexico’ Ending, Asylum Seekers Can Stay in the US While Their Cases Hit Through the Courts

Historically, asylum seekers with pending cases could remain in the United States.

Still, Lucero Vásquez said the end of the MPP would not translate into fewer migrants showing up in Tijuana, as Title 42 is still active.

Title 42 allows U.S. Customs and Border Protection officers and agents to deport migrants who have been apprehended crossing the border without proper documentation. It was implemented to prevent the cross-border spread of COVID-19.

Since this policy is still in effect, many migrants still do not have the opportunity to seek asylum after being detained.

“With the MPP people had an open course for migration, without it there is no path,” said Lucero Vásquez. “If Title 42 is enforced and you are returned immediately, you will only see more migrants being returned after numerous attempts to cross the border.”

Visit BorderReport.com for the latest exclusive stories and breaking news on issues along the U.S.-Mexico border

And he added that as long as this continues, shelters in Tijuana will remain saturated with migrants.

Lucero Vásquez says his office and the city of Tijuana need help to be able to provide for and house the migrants who are sent back.

“All shelters are at maximum capacity, the city has been overwhelmed with the volume of people, we need the feds to take responsibility first and foremost,” he said.