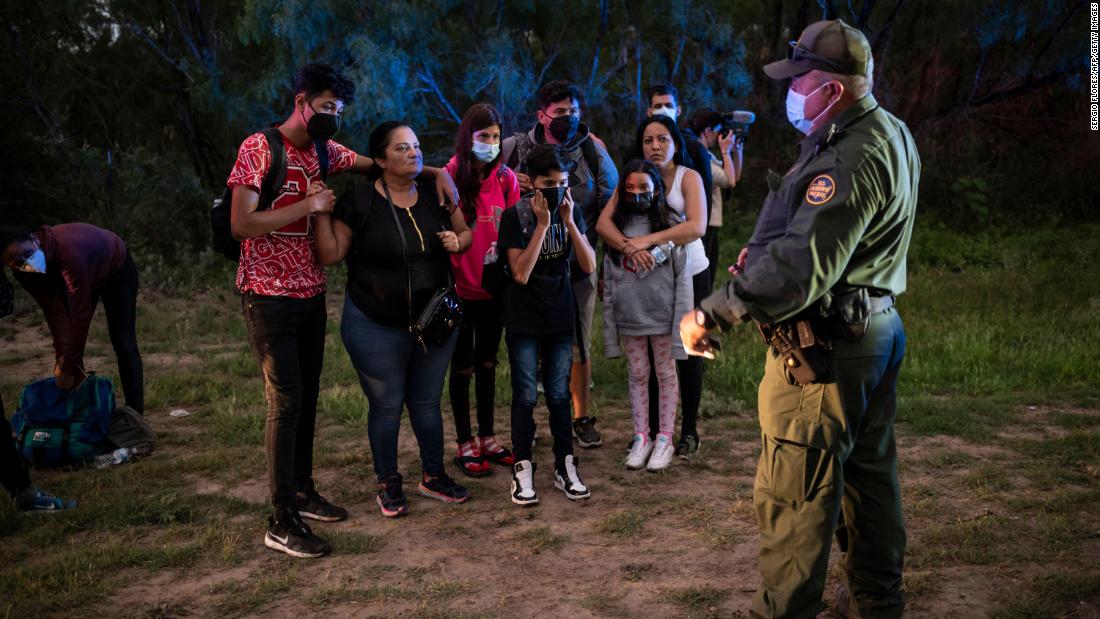 The 21-day average for border encounters is around 40,000 per week, a Department of Homeland Security official told CNN, adding that the pace continued to strain resources and put migrants at risk.

About 60% of those detained by Customs and Border Protection were swiftly deported under a controversial pandemic-era health order, first adopted under the Trump administration, data shows.

Earlier this week, Homeland Security Secretary Alejandro Mayorkas declined to provide a timeline for when the administration would lift the Centers for Disease Control and Prevention’s order that allows for the rapid deportation of migrants, known as the name of Title 42.

DHS declined to comment on Friday because the figures for May have yet to be finalized.

In April, more than 178,000 migrants were encountered at the US-Mexico border, a slight increase from March, for the highest monthly total in two decades, according to the most recent publicly available data.

“CBP continues to see a significant influx of illegal migration along the southwest border,” said Troy Miller, senior customs and border protection official serving as commissioner, in a statement at the start of the report. months when the April data was announced.

Earlier this year, unaccompanied children in border patrol custody surged, leaving thousands of children trapped in prison-like facilities longer than the 72 hours allowed by law and the team. Biden struggling to handle the situation. Since then, the number of children in customs and border protection custody has dropped significantly.

In recent weeks, the average time spent by unaccompanied children in border patrol custody has remained below 30 hours, according to preliminary data.

At the same time, data shows a small but steady increase in the number of families allowed to enter the United States at points of entry along the border.

For one week in May, 900 family members were treated, up from around 775 the week before and 680 the week before. It is not clear what to attribute the increase to.