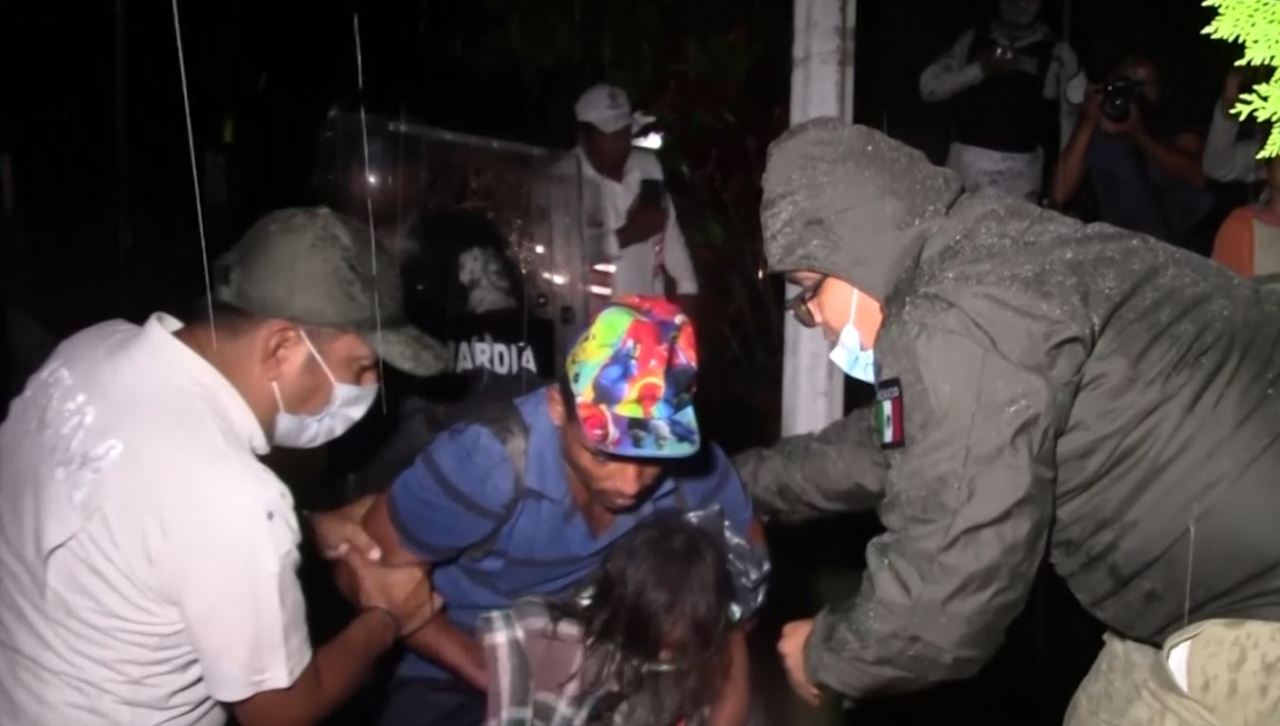 On Wednesday morning, members of the Mexican National Guard and the National Institute of Migration rounded up migrants from a second group in a new raid in Mapastepec, in the southern state of Chiapas.

The migrant caravan, as they call it, made up of around 200 people, began its journey from the town of Tapachula on Monday. Among the migrants were pregnant women and children.

The group spent the night in the town of Ulapa, 15 miles away on Tuesday evening, and began walking in the early hours of Wednesday to Mapastepec, where they were caught in heavy rains and had taken refuge. in a mechanical workshop.

Immigration officers broke into several houses to apprehend migrants who were trying to hide there.

Several migrants resisted, some throwing stones, some managed to escape into the bush and others got lost in the bushes or on the road.

Mexican security and armed forces are ordered to stop migrants attempting to cross Mexico to the northern border of the United States.

The National Guard has deployed more than 14,000 troops to the south, tasked with working with other agencies to guard the narrowest part of Mexico, a mandatory transit pass for migrants.