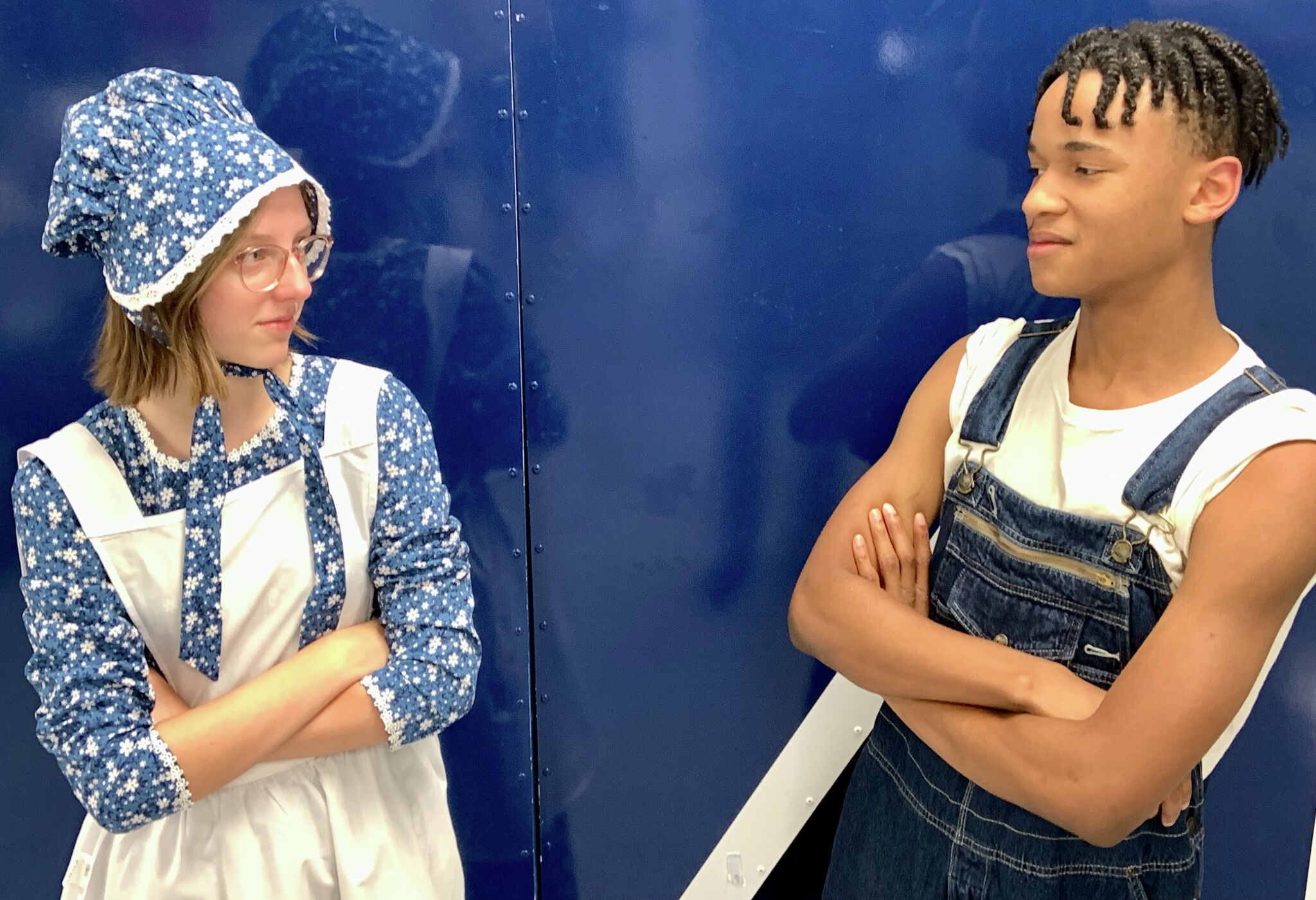 “Humbletown: The Greatest City in the World” tells the convoluted story of a small Midwestern town as two frustrated narrators – a young girl and a grumpy old man – compete for their version of events to be told.

Could the settlers really buy a baby at the general store? Did the guy from ShamWow industrialize America? Was the city nearly torn apart by facial hair?

It all depends on who is telling the story.

The play features many familiar characters, including Cinderella, the Big Bad Wolf, Rumpelstiltskin, and the Seven Dwarfs.

“The show is hilarious,” said MCHS manager Lorna Zanders. “The actors crack up at every rehearsal.”

The fall production is directed by Brett Klaus, assisted by Robert Price, with technical design by Jon Podner.

“It was a thrill to see all the different characters come to life – all the 67s, accents and all,” said MCHS Senior Juliana Barnerd:

Tickets are $5 at the door each night or can be purchased ahead of shows online at www.marquettecatholic.org.