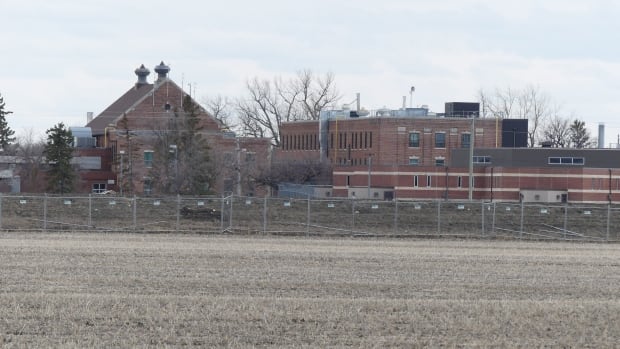 The Manitoba government says it will stop incarcerating migrants detained by the Canada Border Services Agency (CBSA), according to information obtained by CBC/Radio-Canada.

Manitoba Justice Minister Kelvin Goertzen’s office told Radio-Canada that migrants should not “languish” in jail when “they have not been convicted of a crime”.

Under agreements with the CBSA, many provinces imprison migrants detained for administrative reasons.

These foreign nationals, including asylum seekers, are subject to the same conditions as the prison population, even if they are not charged with a crime.

“Provincial jails should be used to detain people convicted of crimes or awaiting trial for serious offences, not to detain travelers and refugees who arrive in Manitoba with incomplete documentation or some other problem related to the processing of their inbound immigration that needs to be settled. said an email from the justice minister’s office.

Some 2,000 migrants have been incarcerated in provincial prisons in Canada each year from 2015 to 2020.

Goertzen’s office, which is Conservative, says it took the same position championed by Lloyd Axworthy, a former Liberal foreign minister under Jean Chrétien.

Axworthy, now chair of the Global Refugee and Migration Council, confirmed he met with Goertzen to ask him to review the imprisonment of migrants.

He said he was “really thrilled” that Goertzen responded that way.

“It’s a good move towards what I think is a really outrageous situation,” Axworthy said.

Manitoba becomes the fourth province after British Columbia, Nova Scotia and Alberta to inform Ottawa that it will no longer hold migrants in its prisons.

Axworthy, who also served as immigration minister, wants the Trudeau government to end all deals with the provinces.

“Provincial governments are showing their commitment to a more appropriate and respectful set of rights for displaced people and our federal government should just get the message and repeal the agreements,” he said.

“I think it violates every principle that we have in terms of protecting the rights of people in this country.”

Axworthy said he met with Public Safety Minister Marco Mendicino, who is responsible for the CBSA, about the matter.

According to Axworthy, while Mendicino appears ready to change the system, border guards have a lot of “discretion” in deciding who is incarcerated.

“Detention of migrants should always be a measure of last resort and used only in high-risk cases,” Mendicino’s office said, while promising to do better.

“The Minister is exploring pathways that would expand and improve alternatives to detention and end confinement in provincial correctional facilities.”

The CBSA has previously stated that Manitoba is not one of the provinces with which it has an official memorandum of understanding regarding immigration detention.

Neither CBSA nor Manitoba would say what type of arrangement they have.

“We have advised CBSA that they will need to find a more suitable location for these individuals by January 2024,” an email from Goertzen’s office reads.

Under agreements with other provinces, a 12 month notice to the CBSA is required to terminate the contract.

For the time being, Ontario, Quebec, New Brunswick and Saskatchewan maintain their contracts with Ottawa under which they are paid to imprison migrants in their prisons.