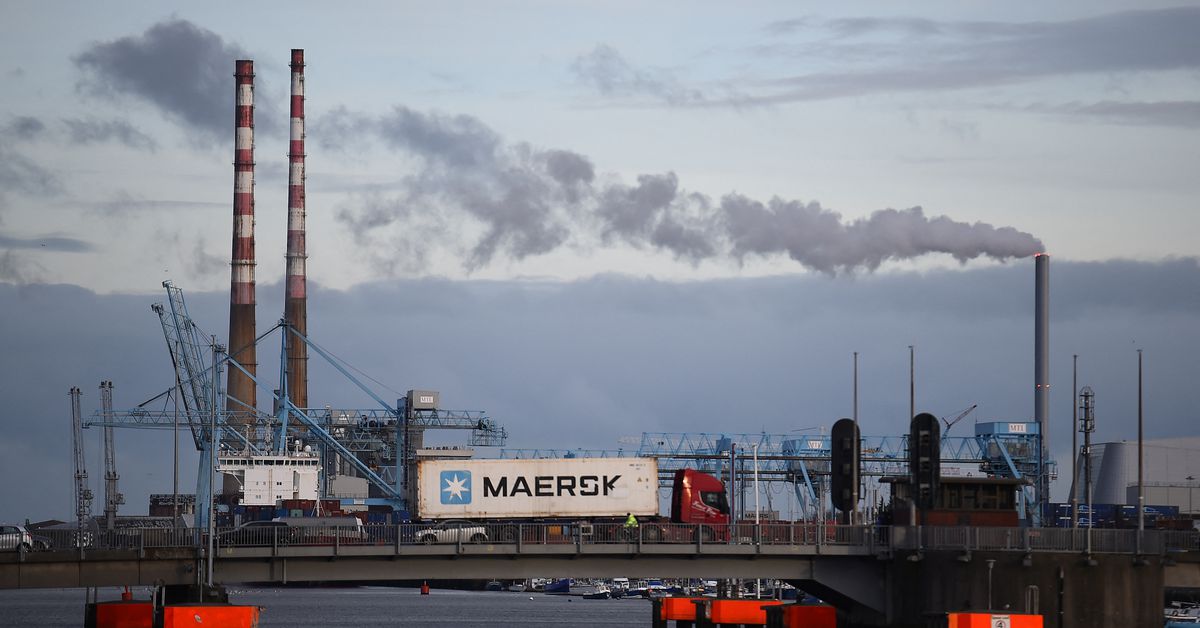 COPENHAGEN, April 26 (Reuters) – Shipping group Maersk (MAERSKb.CO), often seen as a barometer of global trade, warned on Tuesday that the container market could normalize in the second half of the year, although it raised its forecast for the whole year. driven by high container freight rates.

But the forecast from Maersk, one of the world’s largest container shippers with a market share of around 17%, according to intelligence provider Alphaliner, is likely to be seen as a negative sign for the global economy. .

Maersk said in a trade update on Tuesday that container volumes fell 7% between January and March. The company now expects global container demand growth to slow this year to between minus 1% and plus 1%, compared to its previous expectation of 2-4% growth.

Swiss logistics group Kuehne & Nagel (KNIN.S) also reported a decline in container volumes in the first three months of the year on Tuesday.

Maersk has revised its full-year guidance upwards, with underlying earnings before interest, tax, depreciation and amortization (EBITDA) expected to be around $30 billion from $24 billion. previously expected and $28.7 billion forecast by analysts in a survey conducted by the company.

The guidance was based on an “assumption of normalization of maritime transport at the beginning of the second half of 2022”, he said.

Maersk shares traded up 8.3% at the open and were up 6.3% at 0800 GMT. Shares have lost about a fifth of their value since an all-time high in January.

“I still expect investors to be cautious given the risk of a US recession in 2023,” said Nordnet analyst Per Hansen.

Maersk reported revenue of $19.3 billion in the first three months of the year, with underlying EBITDA of $9.2 billion, beating analysts’ expectations of $19.0 billion and $8.4 billion, respectively.

The results were driven by container freight rates which rose an average of 71% in the first quarter from a year earlier, the company said.

“This strong result is driven by the continuation of the exceptional market situation in the ocean (shipping),” Maersk said in a business statement.

Maersk is due to release its full first quarter results on May 4.