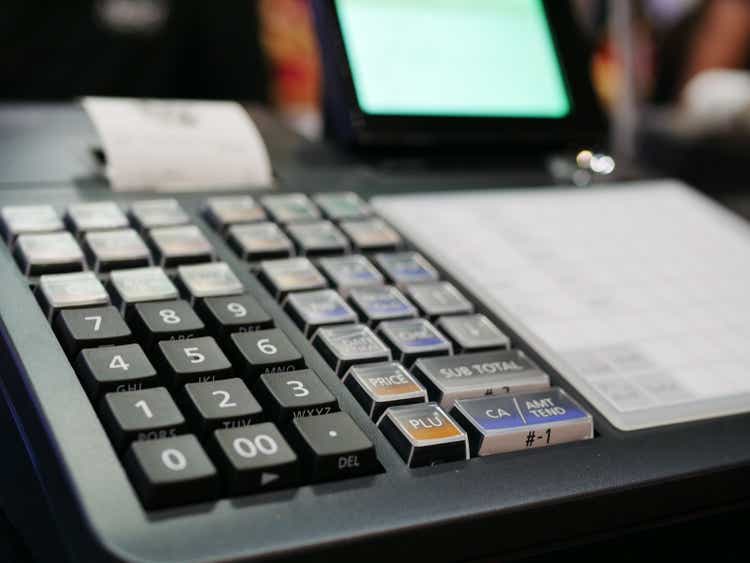 Diebold Nixdorf (NYSE:DBD) has likely withstood many storms in its 146-year history. The banking and retail specialist has carved out a niche for itself in the marketing of payment hardware and transaction equipment in 2 segments.

The retail segment features modular and integrated POS and self-service terminals. As retailers continue to outsource the steps of the transaction process to the end customer, these more complex integrated payment machines have become increasingly popular.

Hassle-free, transparent and efficient transactional systems have therefore been the company’s way of life.

The year has not been good for the payment terminal specialist resulting from the 2016 merger of Diebold and Wincor Nixdorf. To date, the company has lost -72.47% of its market capitalization since the pandemic-induced consumer durables boom slowly waned.

Other problems have plagued the company, the biggest being a gargantuan mountain of debt ($2.42 billion) coming due just as interest rates rise. It wouldn’t matter if the company didn’t have a market capitalization of $226 million, faltering sales and net income piled up in red ink.

A combination of waning consumer interest in consumer durables, coupled with crippling debt, could lead to the collapse of the business. Wider supply chain issues and unfortunate currency headwinds have also taken their toll on the Ohio-based company.

Since the 2016 merger deal between Diebold and Wincor Nixdorf, the company has been losing money. It may only have been the Fed’s post-pandemic liquidity boom that provided him with a lifeline.

Sales growth faltered, with the terminal business posting sales of just $3.9 billion in fiscal 2021, down from $4.4 billion two years earlier. At the same time, selling, general and administrative expenses fell, but research and development, which weighs around $120 million a year, did not moderate simultaneously.

Most of the damage inflicted on the income statement comes from its Everest-like leverage. Net interest expense soared to $190 million in fiscal 2021. As yields rise on the back of aggressive monetary tightening, loan defaults and corporate restructurings businesses abound.

In fact, the debt burden has been so crippling that the company hired Evercore and Sullivan & Cromwell to devise some form of restructuring plan in the latest attempts to save the company from default.

Currently, the company’s credit spread over US government bonds stands at 4175 basis points.

Receivables have declined only marginally, exposing the company to significant cost and risk as it strives to convert economic output into cash. About $700 million of goodwill, the excess paid over net worth of company assets less liabilities looms like a storm cloud on the horizon.

Tested for impairment annually, any pending impairment would be catastrophic to equity value.

A sea of ​​debt has plagued the company for the past 15 years, with problems mounting as the SARS-Cov2 pandemic wreaked havoc on consumer spending. Only abundant liquidity pushed by the Federal Reserve gave the company a break.

Naturally, accounts payable have increased as the company seeks to accumulate cash in any way possible. Long-term debt has been the true feature of the balance sheet, indicating impending financial catastrophe, especially when refinancing options freeze.

Major shareholders remain large institutions, with players such as Blackrock Fund Advisors (13.16%), The Vanguard Group (6.59%) and Beach Point Capital Management LP (5.02%) sharing significant stakes in ownership of the business. As a result, large institutional investors appear to have to bear the brunt of any liquidity shortages.

A snapshot of the cash flow statement provides little indication that the company will be able to overcome its liquidity problems. During the period of relatively abundant and cheap liquidity observed since the Great Financial Crisis, little action was taken to deal with an impending credit crisis.

While net debt repaid has seen installments made, they have been increasingly sporadic.

Since 2017, little progress has been made in addressing the company’s debt pile

Some restructuring charges and asset write-downs are starting to seep into operating cash flow, perhaps signaling volatility to come. Surprisingly, stock-based compensation continues to feature and even though it’s down about 50%, it provides little guidance on strong performance-based compensation metrics, especially given recent track records.

The risks are many for Diebold Nixdorf – the cash-strapped slot maker has found itself in a whirlwind of illiquidity, just as interest rates are beginning to peak.

Operational, liquidity and credit risks are all listed on the corporate risk register, with credit risk representing an over-allocation. During times of cheap liquidity, an impending default can be countered by a fire sale of assets, debt restructuring, or the use of more cash.

But now is hardly the time. Soaring pricing pressures have forced the hand of sovereign banks around the world. The restrictive monetary policy that followed seeped into the global economy, putting a stranglehold on the interest burdens induced by the mountains of debt.

The world economy seems to have started to collapse. Despite a tight labor market, spending on consumer durables has declined and consumer caution and earnings expectations appear to be rapidly changing.

Perhaps a holdover from the Great Financial Crisis, cheap liquidity sent venture capital to the moon and brought borrowing costs to rock bottom. Yet perhaps it is this very phenomenon, coupled with lavish M&A activity, poorly constructed deals and a slump in global consumption, that is catastrophic for the organization.