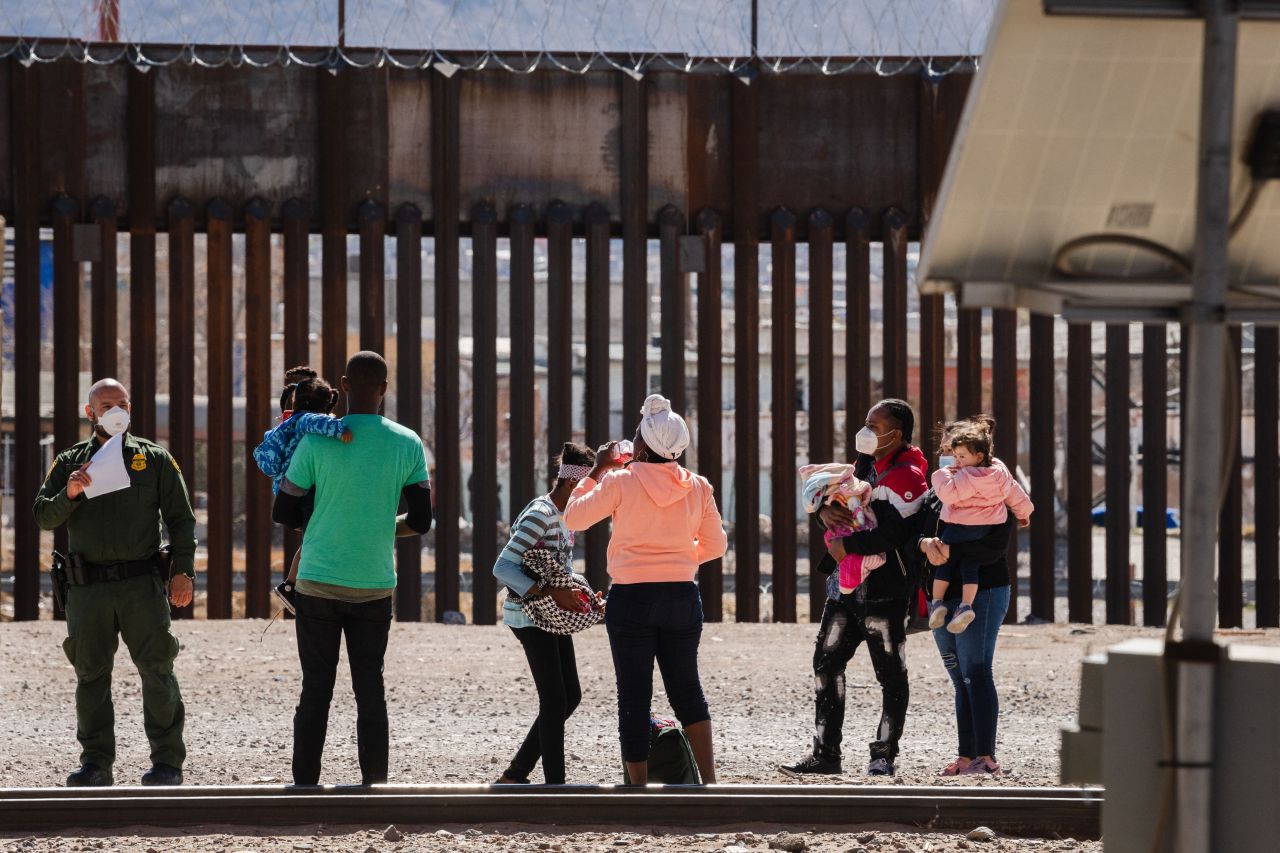 EL PASO, Texas (Border Report) — El Paso County officials and the Texas governor have a very different view of life on the border after Title 42.

But when Abbott left the Texas Border Sheriffs Coalition meeting at the DoubleTree Hotel in El Paso, County Judge Ricardo Samaniego scoffed at such a dire prediction.

“He says Border Patrol drops them off in border communities; it only happened once in El Paso, in 2018,” Samaniego said. “After that, we coordinated (with Border Patrol) and they never dropped people off in our community.”

Samaniego said El Paso has witnessed the arrival of 300,000 migrants over the past three and a half years without straining the county or its resources. He said things went smoothly thanks to good communication with Border Patrol, local nonprofit stakeholders, and government officials in Juarez, Mexico.

“We want him to work with the plan we’ve been working on for three and a half years. […] They (the State of Texas) should improve existing programs, not create another program. It doesn’t make sense,” Samaniego said.

Abbott pointed to the Biden administration’s worst-case scenario of up to 18,000 migrants crossing the border every day after Title 42 ends. “I think whatever is anticipated, whatever strategies are put in place, it probably won’t be enough to cope with the volume of people crossing the border,” the governor said.

“Here in El Paso, we don’t anticipate a significant increase in numbers … migration has primarily been in counties east and then south of us,” Wiles said. “We have been working with Border Patrol and (Texas Department of Public Safety) in anticipation of what could really happen. But, quite frankly, we don’t expect the same numbers in this region.

According to the latest statistics from U.S. Customs and Border Protection, the El Paso area is fifth nationwide in migrant apprehensions in fiscal year 2022. The area of Rio Grande Valley has more than double the number of arrests and Del Rio has almost twice as many as El Paso.

Samaniego said dealing with whatever comes May 23 will depend on good communication between local governments, federal agencies and a third key partner.

“If we work with Juarez (Mexico), if Juarez can hold them back a bit and prepare their shelters, that’s what we should do,” he said. “And we’ve done that before they call us and say, ‘we’re going to have 300 people at the border.’ So there is a way to manage this through collaboration.

The influx of migrants at the end of 2018 proved a challenge, with no one controlling access to US ports of entry on the Mexican side. In early 2019, the state of Chihuahua began maintaining a first-come, first-served list of migrants wishing to come forward for asylum to avoid chaos on the Mexican side of international bridges.

Samaniego praised such regional collaboration and wants the same for communication with Abbott.

“The mayor, he never got a call from the governor… He (Abbott) today confused the mayor (Oscar) Leeser with the county judge. We are one of the most robust communities in all of Texas and the border and he cannot recognize who the county judge and the mayor are. That says a lot,” Samaniego said.

The county judge said he would like to have a conversation with Abbott about what El Paso needs to present in dealing with migration challenges in the state.

Visit BorderReport.com for the latest exclusive stories and breaking news on issues along the U.S.-Mexico border

“We get close to 200 people a day on Del Rio buses alone, we get people. […] We need the flights to leave a little faster. We are already working with Las Cruces, Albuquerque, San Antonio where we can channel,” Samaniego said. “We have to be able to sit down with him (Abbott) and say, ‘This is what El Paso needs, this is what could help us improve it.’ Just worrying that we’re overwhelmed and creating something irrational by moving people to Washington doesn’t make sense.