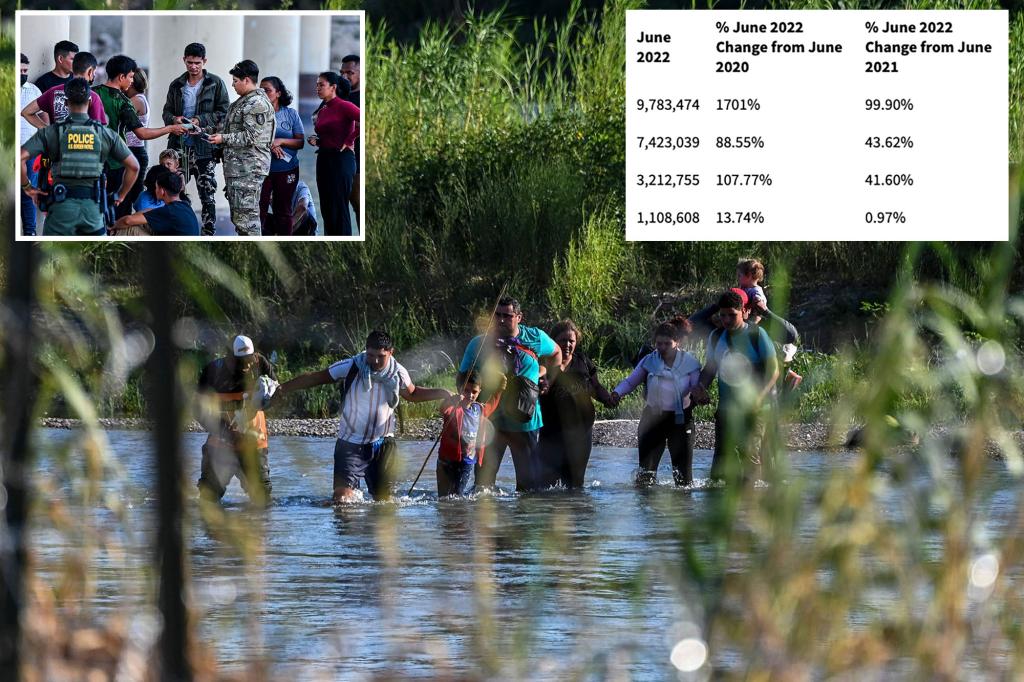 The number of migrants crossing the southern border with Mexico in June fell, but the number of cocaine seizures rose, according to the latest figures from US Customs and Border Protection.

More than 153,000 migrants crossed the southern border with Mexico in June, bringing the total number of Border Patrol “encounters” to more than 2 million for the current fiscal year, the data shows.

The number represented a 14% decrease from May, which saw more than 207,000 migrants cross the border, but the number of people who repeatedly crossed the border has increased.

In June, 26% of all “encounters” with Border Patrol agents involved those who had had at least “one prior encounter in the previous 12 months,” according to the figures.

While migrant numbers were down, CBP officers reported a 62% increase in cocaine seizures, though seizures of other drugs, such as methamphetamine, heroin and fentanyl, declined.

In May, more than two-thirds of all encounters, 68%, were single adults. The 140,197 meetings represent a decrease of 16% compared to May.

While the number of single adult cross-border commuters declined, unaccompanied minor encounters increased 4% with 15,271 encounters in June compared to 14,678 in May, according to CBP statistics.