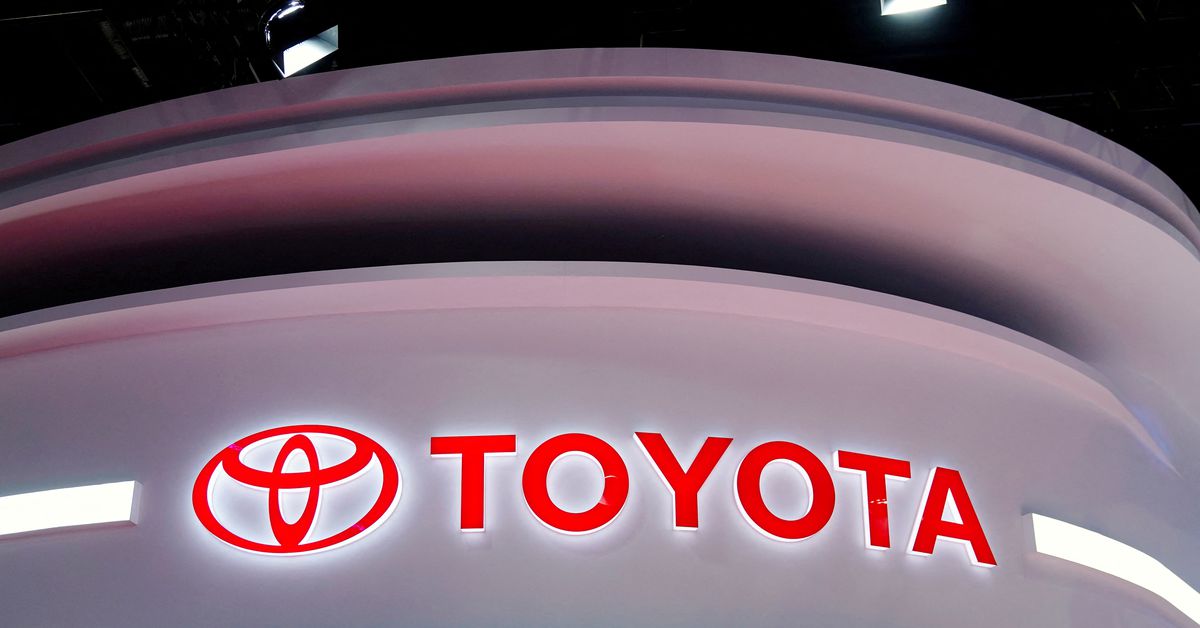 The Toyota logo is seen on its stand during a media day for the Auto Shanghai show in Shanghai, China April 19, 2021. REUTERS/Aly Song

March 15 (Reuters) – Toyota Motor Corp (7203.T) said on Tuesday it would make further production cuts in March due to a shortage of semiconductor chips, days after the Japanese automaker cut its domestic production target by 20% for the April-June quarter.

Toyota said it would suspend production of one line at one plant for eight weekdays from March 22 until the end of the month. This is in addition to the suspension of domestic production at two factories announced last month.

Production of about 14,000 Noah and Voxy minivans would be affected by the latest suspension, a Toyota spokesman said.

Toyota last week said it would cut production for three months from April to ease pressure on suppliers, who were struggling with shortages of chips and other parts. Read more

The news follows Toyota’s announcement on Monday that it would halt production at its joint venture plant with FAW Group in the city of Changchun, China, due to new COVID-19 restrictions. Read more

Despite the cuts, Toyota would maintain its production target of 8.5 million vehicles for the year, the spokesman said.

A global chip shortage has plagued businesses from smartphone makers to consumer electronics firms and automakers, forcing companies such as Toyota to repeatedly cut production even as raw material costs rise.

Toyota, Volkswagen and other automakers halted production at their Russian factories due to supply chain disruptions after the country invaded Ukraine. Read more