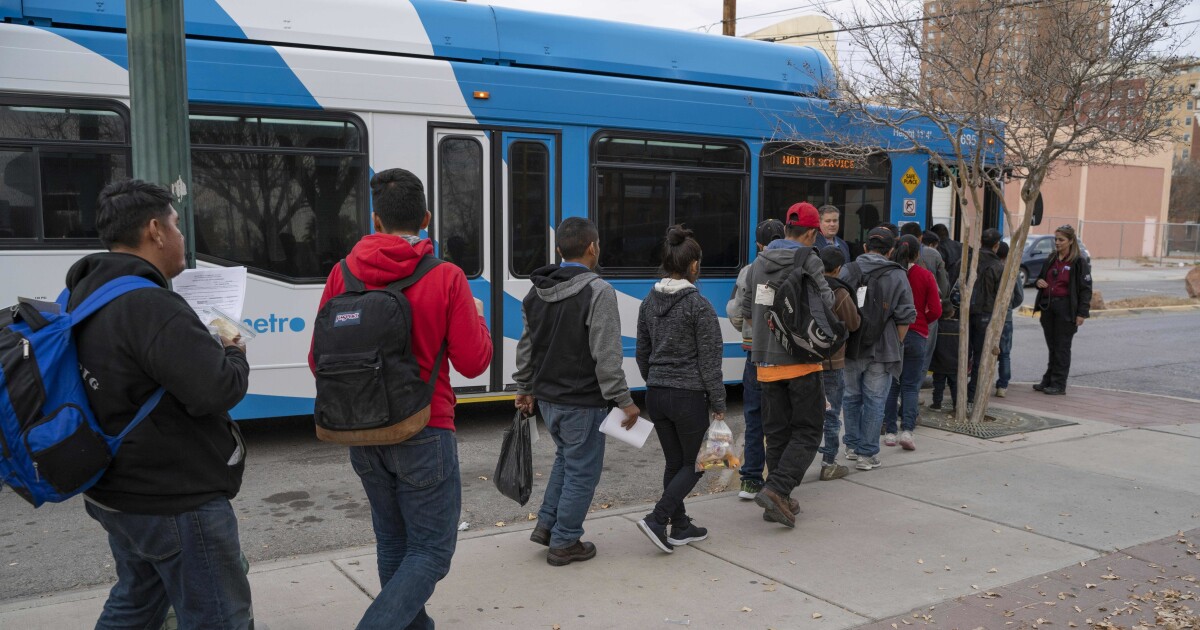 The city of Chicago is reaching out to other cities in Illinois for help as it faces an influx of migrants bused in by red state governors. Chicago received more than 1,000 immigrants bused north from states including Florida and Texas.

The sending of migrants north is intended to highlight what these southern states see as a crushing burden caused by a flood of potential immigrants. Normal Mayor Chris Koos said at the last Municipal League of Illinois meeting that municipal leaders across the state discussed welcoming migrants to ease the burden, in response to the call for help from Chicago.

“Communities in Illinois will likely step in and help as much as they can,” Koos said.

The town of Normal is studying how it would react if a bus of migrants arrived and if there was room for them. Koos said the city needs to understand the logistics of what will happen.

“The first thing that comes to mind is housing,” Koos said. “Where could we put people? Housing is already so tight in this market. So we need to have a clear understanding, and that’s advice we shared at that meeting in Chicago. Going into it, be realistic about what you’re getting into and make sure you can actually do what you think you want to do.

Governors in Texas and Florida failed to alert target city leaders as they send buses to Chicago, New York and Washington, DC and other locations. And they criticized Democratic Party leaders in places like Chicago for not buying into their ethos and making room.

Northern mayors say it’s not about their beliefs. It’s about logistics. Bloomington Mayor Mboka Mwilambwe said, for example, the community should also mobilize service providers to deal with an influx.

“Hopefully before something like this happens, we’ll have our heads held high,” Mwilambwe said, adding that the city would struggle to absorb migrants quickly.

“As you know, I am an immigrant myself and I have been welcomed in this area,” he said. “So there is a culture and a tradition of compassion for people in need. We will do our best.”

Koos recalled what he said a few years ago when his town passed a welcoming town ordinance.

“If you want to live in Bloomington-Normal and have a productive life for yourself and your family, we welcome you here,” Koos said.

Mwilambwe said GOP-led state efforts to score political points do not solve the problem these states face due to immigration pressure.

“I think it just makes things more tense, you know, between people who have the opportunity to solve the problem. I am not one to believe that you bring people to the table by poking them in the eye,” Mwilambwe said.

Governors of red states that send migrants north, however, said the political situation had been deadlocked for decades and that the current federal administration was making it worse through its own practices. Still, Mwilambwe said there are other tools to use.

“Governors have the bullying pulpit at press conferences and can do a lot of other things to try to gain some weight in the conversation in this particular situation,” he said.

Koos agreed that elected leaders should not gamble with people’s lives to pull off political stunts.

Meanwhile in Chicago, immigrants are in temporary quarters in Salvation Army shelters and community center gymnasiums. Leaders ask for donations of clothing and other items to help people live. And, as the meme says, winter is coming.