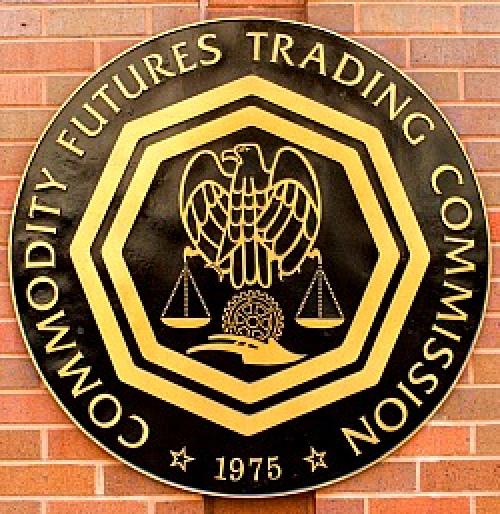 The Commodity Futures Trading Commission (CFTC) sent shockwaves through the cryptocurrency industry when it issued a $ 1.25 million settlement order with Kraken, one of the biggest players in the industry market. The next day, the CFTC announced that it had charged each of the 14 entities for offering cryptocurrency derivatives and margin trading without registering as a futures commission merchant (FCM). While the CFTC has issued regulatory guidance in the past and engaged in some regulatory enforcement activities, it has now established itself as a key industry regulator alongside the Securities and Exchange Commission (SEC). of the United States, the United States Department of Justice (DOJ). and the US Department of the Treasury (Treasury). Market participants should be aware that the CFTC will continue to play a more active role in the regulation and enforcement of commodity and derivative transactions in the future.

The CFTC alleged that each of the defendants was acting as an unregistered FCM. Under Section 1a (28) (a) of the Commodity Exchange Act (the Act), 7 USC § 1 (a) (28) (A), an FCM is any “individual, association, partnership or trust that is engaged in soliciting or accepting orders for the purchase or sale of merchandise for future delivery; a securities futures product; an exchange. . . any option on goods authorized under article 6c of this title; or any leveraged transaction authorized under Article 23 of this Title. To be considered an FCM, this entity must also “accept[] money, securities or property (or grants credit in lieu thereof) to hedge, guarantee or secure any transaction or contract that results or may result therefrom. “(See: 7 USC § 1 (a) (28) (A) (II).) 7 USC § 6d (1), requires FCMs to be registered with the CFTC.

On September 28, 2021, the CFTC issued an order, filing and settlement of charges against respondent Payward Ventures, Inc. d / b / a Kraken for offering cryptocurrency retail commodity trading with margin, including Bitcoin, and for not registering as an FCM. Kraken is required to pay a civil fine of $ 1.25 million and to cease and desist from any other violation of the law. The CFTC said, “This action is part of the CFTC’s larger effort to protect US customers.”

The CFTC order finds that from approximately June 2020 to approximately July 2021, Kraken violated section 4 (a) of the Act, 7 USC § 6 (a) (2018) by offering to conclude, conclude, execute and / or confirm execution. over-the-counter retail transactions with U.S. customers who were not qualifying contract participants or qualifying business entities. The CFTC also found that Kraken was operating as an unregistered FCM in violation of Section 4d (a) (1) of the Act, 7 USC § 6d (a) (1) (2018). According to the order, Kraken was the sole provider of margin and retained physical and / or constructive custody of all assets purchased using margins for the duration of a client’s open margin position.

Margin transactions worked as follows: The client opened an individual account with Kraken and deposited cryptocurrency or fiat currency into the account. The client then initiated a trade by selecting (1) the trading pair he wanted to trade, (2) a buy or sell trade, and (3) a margin option. All trades were placed on Kraken’s central limited order book and executed individually for each client. If a customer bought an asset using margin, Kraken would provide the cryptocurrency or national currency to pay the seller for the asset. If a client sold an asset using margin, Kraken would provide the cryptocurrency or national currency owed to the buyer. Margin trading allowed the client to establish a position but also created an obligation for the client to redeem Kraken at the time the margin position was closed. The client’s position remained open until the client submits a closing trade, repays the margin, or Kraken initiates a forced liquidation depending on the occurrence of certain trigger events, including time limits. an open margin position and predefined margin thresholds. Kraken asked clients to exit their positions and repay the assets received to trade on margin within 28 days. However, customers could not transfer assets from Kraken until they had satisfied their repayment obligation. If the redemption was not made within 28 days, Kraken could unilaterally force the margin position to liquidate or could also initiate a forced liquidation if the value of the collateral fell below a certain threshold percentage of the total margin in circulation. As a result, the actual delivery of the purchased assets did not take place.

The CFTC claimed that these transactions were illegal because they had to take place in a designated contract market. In addition, by soliciting and accepting orders and entering into retail transactions with customers and accepting money or goods (or providing credit in lieu thereof) to cover such transactions , Kraken was operating as an unregistered FCM.

Coinciding with the publication of the execution measure against Kraken, CFTC commissioner Dawn D. Sump issued a “concurring statement”. In it, she appeared to call on the CFTC to adopt more specific rules governing the products that are the subject of enforcement action. Commissioner Sump appeared to indicate that it would be helpful to participants in the cryptocurrency market for the CFTC to clarify its position on the applicability of the law, as well as on registration requirements. The CFTC will likely issue guidelines or rules to clarify its position on cryptocurrency-related products that trigger registration requirements.

On September 29, 2021, the CFTC issued a press release and 14 complaints against cryptocurrency trading platforms. The CFTC calls for a sanction for “manager [the cryptocurrency platforms] to cease and refrain from violating the provisions of the Law set forth herein. Each of the platforms has 20 days to respond.

All of the complaints are somewhat similar in that the CFTC alleges that each of the cryptocurrency platforms “from at least May 2021 until today” has offered services to the public “including the soliciting or accepting binary options orders based on the value of a variety of assets, including commodities such as foreign currencies and cryptocurrencies, including Bitcoin, and accepting and holding money of customers in connection with these binary options purchases.

The CFTC has taken the position that “binary options based on the price of an underlying commodity like forex or cryptocurrency are commodity swaps and options as used in the definition of an FCM ”. (The CFTC has previously taken the position that Bitcoin and Ethereum are “commodities,” doing so in public statements and enforcement actions.), The court ruled that “virtual currency may be regulated by the CFTC as that commodity “and that it” corresponds well to the common definition of “commodity” as well as to the ECA definition of raw materials “. (See: CFTC v. Mcdonnell, et al., 287 F. Supp. 3d 213, 228 (EDNY Mar 6, 2018); CFTC v. McDonnell, et al., No. 18-cv-461, ECF No. 172 (EDNY 23 Aug 2018).) In the action that the CFTC filed against BitMEX in October 2020, it alleged that “digital assets, such as bitcoin, Ether and Litecoins are “commodities” as defined in Section 1a (9) of the Act, 7 USC § 1a (9). (See: CFTC v. HDR Global Trading Limited, et al., n ° 20-cv-8132, ECF 1, 23 (SDNY October 1, 2020).)

While the SEC, Treasury, and DOJ are often considered the most prominent federal regulators in the cryptocurrency space, this recent CFTC sweep is not the first time it has faked it. The CFTC went to trial and won in 2018, accusing an individual of operating a boiler room. In October 2020, the CFTC filed a complaint against the popular cryptocurrency exchange BitMEX for failing to register as an FCM, among other charges. However, unlike these one-off coercive actions, recent actions targeting multiple market players within two days are a big step forward for the CFTC. Cryptocurrency derivatives trading has grown in popularity over the past few years, and it’s no surprise that the CFTC is taking a more active role in law enforcement.

Regulatory activity in the cryptocurrency space is expected to increase from all US regulators, including the CFTC, SEC, Treasury and Office of the Comptroller of the Currency, from especially since cryptocurrency products are increasingly classified as financial products subject to regulation. Although the CFTC and other regulators have issued regulatory guidance, regulators appear to be adopting a strategy of “regulatory guidance through enforcement action”. Market participants will need to carefully review all relevant regulatory regimes to determine what compliance activities are required. As we describe, several classifications are possible.