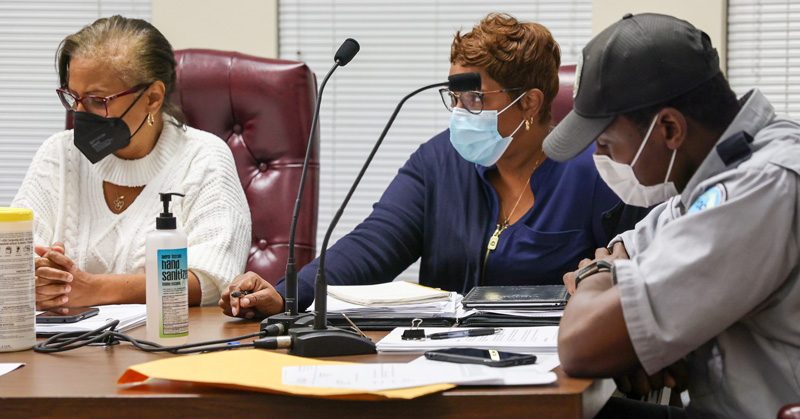 The Town of Century is looking to hire an Acting City Manager, City Clerk and Deputy City Clerk. Meanwhile, they finally hired an entry-level employee, seven months after rejecting the mayor’s recommendations.

As we first reported three weeks ago, Acting City Manager Vernon Prather informed Century that he was leaving at the end of his contract on December 1, saying he had decided to retire. complete. City Clerk Kim Godwin is no longer full-time, informing the mayor that she is now attending nursing school. She reduced her hours to at least 25 per week, the minimum number necessary to maintain her benefits. And Deputy Clerk Emily Easterling recently resigned.

This week, city council voted to advertise all three positions for three weeks in hopes of making selections soon.

The council ultimately voted to hire one of the two people recommended by the mayor for two open positions, but not without some reservations, in a process that lasted most of the year.

Council member Sandra McMurray-Jackson brought forward a motion to hire Tonya Lambert Creel as a citizen services clerk at $ 10 an hour, which is the minimum wage. The motion died for lack of a second. When Mayor Ben Boutwell said she was the last remaining qualified candidate for the job, the council voted again and approved the hiring. 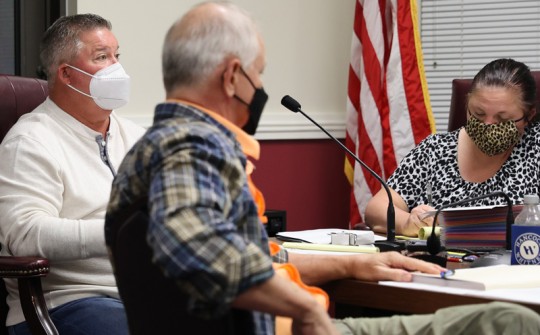 Board member Dynette Lewis, looking at Creel’s resume, expressed concern that she had only worked a few months in the past two years.

“I have noticed that it bounces quite often,” said board member James Lewis. “Even now she has a job, but she’s looking again. So how long has she actually been in the other job? Will the worry stick around? “

Early Thursday morning, Century also did not respond to our request for public records regarding Creel’s resume and candidacy, as well as those of another candidate. The city also did not respond to a request for public documents regarding Godwin’s communication with the mayor about his schedules and nursing school. Requests were made by email on Monday evening and again verbally on Tuesday morning.

Also this week, the council again rejected the mayor’s recommendation for an entry-level service worker in the street department, as a motion to hire him failed due to the absence of a second.

Prather said the town had 21 employees two years ago; now that number stands at just 13.

Here is the eight-month process it took to hire a Citizen Services Clerk:

The city has submitted the ad for the positions to NorthEscambia.com and others for publication.

Century City Council has rejected two employees hired by the mayor because they say he violated the city charter. After the city received five applications for an entry-level service worker in the street department and 50 applications for a citizen service clerk position, Mayor Ben Boutwell and staff members made their selections and offered two-person jobs. The service clerk was already at work and the clerk was due to start a few days later.

The service worker the mayor hired had nine years of experience as a millwright at a sawmill, five years in maintenance at a chemical plant and six years in house building. The office worker selected by Boutwell had nearly 20 years of experience with a local bank as an accountant, loan assistant, cashier and accounts payable clerk, and holds an associate’s degree from Pensacola Junior College.

Council chairman Luis Gomez said the two had not been hired in accordance with the city’s charter. The charter states that the mayor will present his employee selections to city council for approval or denial. The council can only vote yes or no on the choice of the mayor; the charter does not give council any authority to hire someone who is not recommended by the mayor.

At that March 15 meeting, the board voted 3-2 to restart the process and re-advertise the positions. Council members James Smith and Sandra McMurray Jackson were in opposition.

The board again rejected Boutwell’s request to hire the same two candidates.

Gomez said he personally contacted the references listed by the service requester and discovered that he had been terminated for cause and was not eligible to be rehired by a former employer. Gomez made further derogatory comments about the individual.

The board has not planned any next step in the hiring process.

The candidate recommended by the mayor and rejected by council for an entry-level Citizen Services Clerk position attended a council meeting to learn about the employment status. Gomez told her he would never consider her for the job and, in a verbal exchange, twice called her a “beautiful woman.”

Gomez said he regrets the woman being essentially caught in the rift between council and mayor because her candidacy was received last November, but the post was not advertised until early February. . “What I’m saying is I hate that this beautiful woman is tied up in the middle of it all,” he said.

At the request of board members James Smith, the board voted to re-advertise the two positions, this time for 30 days. 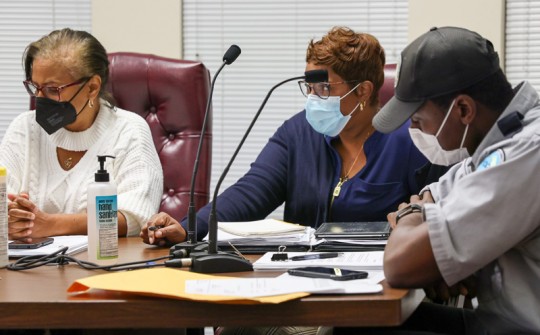