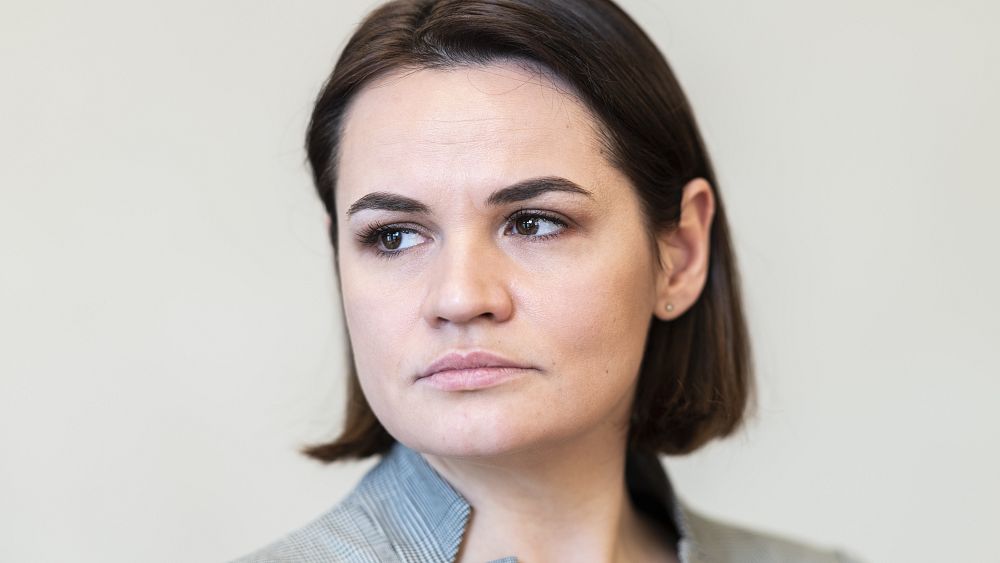 The Belarusian government is using migrants to blackmail Europe, according to the country’s opposition leader Sviatlana Tsikhanouskaya.

In an interview with Euronews Greece in Athens, where she was speaking at the Athens Democracy Forum, she explained how Belarusian authorities are putting pressure on European borders.

“All these groups of people who come to the borders, they come with KGB people, with Belarusians (secret police). They are followed by people in the system. That is why they are “organized groups,” Tsikhanouskaya said.

“Of course, it is a difficult question for Europe what to do with these people, because these migrants are also hostages of the system. They are not guilty of being victims of this regime. But you should not allow to the regime of blackmailing Europe with migrants.

President Alexander Lukashenko is planning a constitutional referendum aimed at legitimizing a redistribution of powers and establishing a new governing body called the People’s Assembly of Belarus.

But the Belarusian opposition said it would not recognize the result.

“Everyone in Belarus understands that this referendum is like ‘dust in the eyes’ of Europe. Like ‘look, I’m doing something for democratization’. I think people will be so afraid because of the violence that no one will vote, ”Tsikhanoskaya said.

Earlier this year, in May, the opposition leader participated in another democracy forum in Athens.

Two opposition supporters were also present, but on their return trip they were arrested in Minsk after their plane was forced to land in Belarus. It is still not known what happened to Roman Protasevich and his girlfriend Sofia Sapega.

“We are awaiting the official results of the investigation from ICAO (the United Nations aviation agency). After that, we will draw conclusions and prosecute the culprits to justice. “

Tsikhanouskaya has already discussed the possibility of initiating international criminal proceedings over the incident with Greek Interior Minister Makis Voridis.